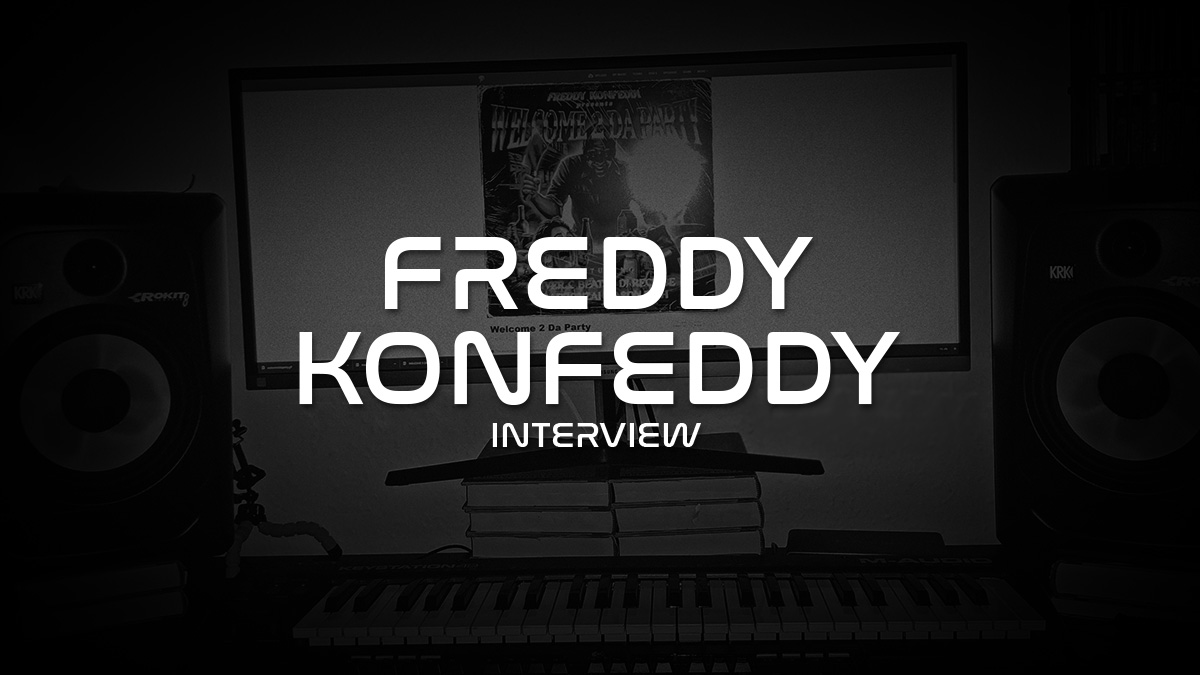 Aye! Thanks for having me 🥳

So you hail out of Denmark. What’s the vibe like over there right now?

Corona is not scary in Denmark. We got amazing hospitals, amazing restrictions to follow, which most of us do follow, and the infection rate is almost nothing compared to many other countries.

Apart from corona, Denmark is doing good and errrbody here is just as welcoming, warm and kind as we’re used to. If u don’t believe me, come and experience it for yourself.

What’s the music scene like over there, is there any love for phonk and do you ever get to play your tunes out?

Denmark is a small country, as most of you know. I live in the 6th biggest city in Denmark and the music scene here is.. to be totally honest.. shit. That’s of course my opinion. But if we talk about our capital Copenhagen or the 2nd biggest city Aarhus, then it’s a whole other story. There is music for everyone. A lot of cool underground as well!

I discovered phonk thru the yt-channel “rare” over three years ago, and since then I’ve tried to start a convo with either my friends, fam and stranger about phonk. To put it short: no, almost nobody knows what phonk is in Denmark. But I feel like it a good thing, and I’ve made it one of my top goals to become a.. no.. thé phonk pioneer in Denmark!

I’ve not been given the chance to play a live phonk gig yet. But I got to play sum of the tracks from “WELCOME 2 DA PARTY” as warm for my business-partner and rapper “John Tonic”, just before our concerts started. So that’s was dope!

How did you get into music and how long have you been producing for?

My mom is very musical, so there’s always been music around me everyday. If I didn’t become a musician it would prolly have been a big shock to my mom and dad.. I can tell they had some influence. Haha.

I’ve been producing on and off since I was 15/16 y/o. There’ve been some ups and downs in my attempts to become a professional, but that always involved others. Now I’m doing this alone and I started taking my phonk music very seriously this year back in May. When I started I could never had imagine I would sit here and write these words. A quick thanks to everybody who’s supporting me. I love y’all!

What is your DAW of choice?

Any tips or tricks you’ve picked up that you can share with your fellow producers.

The biggest mistake I made again and again is that I gave waaaay too much of a shit about What people would think about my music. It took a lot of time to actually realize and understand that you don’t make music to other people. You make music to yourself while enjoying it! If u make music because you want people to like it and therefore like you, you’re in the wrong business my friend.

Where do you find inspiration for your music?

YouTube and radio. Either I spend a small/big amount of time searching for inspiration or I randomly hear it on the radio.

When it comes to inspiration from other artists, I have to mention people like OLIVER C BEATS, 1.9.9.9 and last but not least DJ YUNG VAMP.

So you’ve just dropped your first EP, and I’ve got to say I’m really feeling this one mane, tell the people a bit about it and where they can stream / listen on demand.

I appreciate it man. I started working on BACK TO DA HOMIES back in June. I was almost done with the track and then I discovered DJ RECLVSE. His sound and production value is very underrated and he deserves a lot more praise and exposure – anyway. I reached out to him and he agreed to be on the track. When the track was finished he recruited me to his crew: “UMOB PHONK CLUB”. Big shoutout to all of my homies from UMOB. Not too long after I decided to start working on my first big solo project.

My ep was released everywhere on Nov. 20 2020 except for SoundCloud. It aired on SC three days after.

Is your name linked to Freddy Krueger?

Not in the slightest.

FREDDY KRUEGER is a party pooper 💩

FREDDY KONFEDDY is a party starter 🥳

What inspires you to continue to create, even in spite of people telling you it’s “not worth anything” (according to them)

Don’t pay attention to people who trash talk your work. They don’t know anything only you do. And honestly.. The reason they spend their own free time talking negatively about your work, is because they have a black hole they have yet to fill inside themselves. They’re just mad about the fact that you’ve already found a way to fill your hole, and therefore they spend their free time talking trash about your success instead of becoming successful themselves.

But to actually answer your question: the thing that inspires me to continue is also the haters. Because their bad comment also counts as a comment, and that means incoming traffic that goes my way.

What do you do when you have beat-block?

I feel like the best way to get past a beat block is to either take a break for a fews hours, or take a walk outside. If you decide to stay inside while taking your break, you could spend that time working on your social media, reach out to other prods/businesses, engage with your fans/followers, work on short pr-videos, etc. but don’t push yourself too much. Sometimes that break should be spend on doing something that has absolutely nothing to with music or your social media.

What is the future of Phonk?

Good question.. Unfortunately I don’t posses the power of doing a “that so raven” (google that shyte)

But I can tell you that I hope it’ll develop and become a bigger and more acknowledged type of genre. Also official sub genres will begin to emerge. And people will stop singing “play that funky music” upon being asked “do you know Phonk?”.. actually the question won’t be necessary to ask in the first place, because of course he or she knows PHONK!

Who is your fav phonk prod atm?!

How many parts will WELCOME 2 DA PARTY have?

How long have you been producing?

— Thanks again to Freddy Konfeddy

“MY BIH FOREIGN” on rare-phonk: